What is the DSL Discontinued Signal Line?

A lot of indicators are using signal lines in order to determine the trend (or some desired state of the indicator) easier. The idea of the signal line is easy : comparing the value to it's smoothed (slightly lagging) state, the idea of current momentum/state is made.

Discontinued signal line is inheriting that simple signal line idea and it is extending it : instead of having one signal line, more lines depending on the current value of the indicator.


This way it becomes a combination of signal lines and levels that are trying to combine both the good from both methods.

In simple terms, DSL uses the concept of a signal line and betters it by inheriting the previous signal line's value & makes it a level.

In this manner, dsl line behave almost like levels, even though they are not levels. 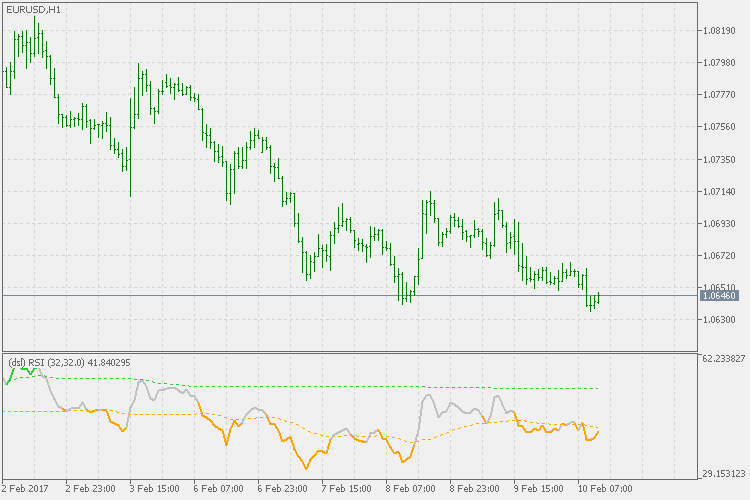 In this manner, dsl line behave almost like levels, even though they are not levels.

#6 by orkungkalp
Thank you for your work. Hope this forum will be much more efficient than the tsd.

MLADEN, Could the list of averages, alerts and filters be added to this?

Fresh_Prince wrote:
MLADEN, Could the list of averages, alerts and filters be added to this?

#9 by mladen
Discontinued signal lines - rsx indicator
Since it is much smoother than RSI, it naturally filters out a lot of false signals. Metatrader 5 version attached too

#10 by artsfx
Dear Mr.Mladen...   whether you will make dsl - STOCHASTIC too? it seemed interesting to wait