T3 and T3 based indicators MT4


Hi all! It is possible to add email alerts to divergencies?
Amazing work as always


Nice day to all

Added all alerts for the divergence. 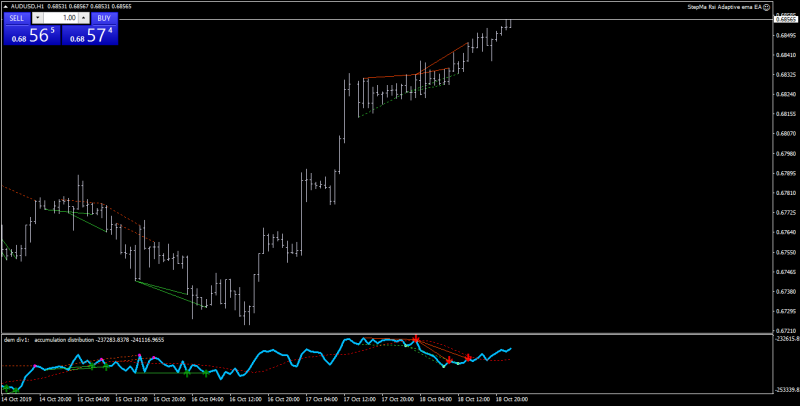 Added all alerts for the divergence.

Thanks alot! Do these divergence signals after bar close disappear or repaint or appear later?
Cazz223
Cazz223
Member

Jimmy wrote: ↑
Tue Apr 30, 2019 9:02 pm
Here is another gem from our archives that I couldn't find on our site the T3 Adaptive Absolute Strength indicator which was updated by Mladen to include the newer Multi-timeframe mode + Interpolation.

Hi Jimmy
Would you tell what are the dashed-lines representing please?
Thanks
Cazz223
Cazz223
Member

Re: T3 and T3 based indicators

Tim Tillson is a software project manager at Hewlett-Packard, with degrees in Mathematics and Computer Science. He has privately traded options and equities for 15 years.

"Digital filtering includes the process of smoothing, predicting, differentiating, integrating, separation of signals, and removal of noise from a signal. Thus many people who do such things are actually using digital filters without realizing that they are; being unacquainted with the theory, they neither understand what they have done nor the possibilities of what they might have done."

This quote from R. W. Hamming applies to the vast majority of indicators in technical analysis. Moving averages, be they simple, weighted, or exponential, are lowpass filters; low frequency components in the signal pass through with little attenuation, while high frequencies are severely reduced. "Oscillator" type indicators (such as MACD, Momentum, Relative Strength Index) are another type of digital filter called a differentiator. Tushar Chande has observed that many popular oscillators are highly correlated, which is sensible because they are trying to measure the rate of change of the underlying time series, i.e., are trying to be the first and second derivatives we all learned about in Calculus.
We use moving averages (lowpass filters) in technical analysis to remove the random noise from a time series, to discern the underlying trend or to determine prices at which we will take action. A perfect moving average would have two attributes:

It would be smooth, not sensitive to random noise in the underlying time series. Another way of saying this is that its derivative would not spuriously alternate between positive and negative values.

It would not lag behind the time series it is computed from. Lag, of course, produces late buy or sell signals that kill profits.

The only way one can compute a perfect moving average is to have knowledge of the future, and if we had that, we would buy one lottery ticket a week rather than trade!

(See Appendix II below for more elaboration). Having said this, we can still improve on the conventional simple, weighted, or exponential moving averages. Here's how:

We will examine two benchmark moving averages based on Linear Regression analysis.

In both cases, a Linear Regression line of length n is fitted to price data.

We can measure the lag of moving averages with respect to a linear trend by computing how they behave when the input is a line with unit slope. Both SMA(n) and ILRS(n) have lag of n/2, but ILRS is much smoother than SMA.

Our second benchmark moving average is well known, called EPMA or End Point Moving Average. It is the endpoint of the linear regression line of length n as it is fitted across the data. EPMA hugs the data more closely than a simple or exponential moving average of the same length. The price we pay for this is that it is much noisier (less smooth) than ILRS, and it also has the annoying property that it overshoots the data when linear trends are present.

However, EPMA has a lag of 0 with respect to linear input! This makes sense because a linear regression line will fit linear input perfectly, and the endpoint of the LR line will be on the input line.

These two moving averages frame the tradeoffs that we are facing. On one extreme we have ILRS, which is very smooth and has considerable phase lag. EPMA has 0 phase lag, but is too noisy and overshoots. We would like to construct a better moving average which is as smooth as ILRS, but runs closer to where EPMA lies, without the overshoot.

A easy way to attempt this is to split the difference, i.e. use (ILRS(n)+EPMA(n))/2. This will give us a moving average (call it IE/2) which runs in between the two, has phase lag of n/4 but still inherits considerable noise from EPMA. IE/2 is inspirational, however. Can we build something that is comparable, but smoother? Figure 1 shows ILRS, EPMA, and IE/2.

Any thoughtful student of filter theory (or resolute experimenter) will have noticed that you can improve the smoothness of a filter by running it through itself multiple times, at the cost of increasing phase lag.

There is a complementary technique (called twicing by J.W. Tukey) which can be used to improve phase lag. If L stands for the operation of running data through a low pass filter, then twicing can be described by:

This is the Double Exponential Moving Average or DEMA, popularized by Patrick Mulloy in TASAC (January/February 1994). In our taxonomy, DEMA has some phase lag (although it exponentially approaches 0) and is somewhat noisy, comparable to IE/2.
We will use these two techniques to construct our better moving average, after we explore the first one a little more closely.

This suggests that if EPMA and DEMA have 0 or low lag, why not run fast versions (eg DEMA(3)) through themselves many times to achieve a smooth result? The problem is that multiple runs though these filters increase their tendency to overshoot the data, giving an unusable result. This is because the amplitude response of DEMA and EPMA is greater than 1 at certain frequencies, giving a gain of much greater than 1 at these frequencies when run though themselves multiple times. Figure 3 shows DEMA(7) and EPMA(7) run through themselves 3 times. DEMA^3 has serious overshoot, and EPMA^3 is terrible.

The solution to the overshoot problem is to recall what we are doing with twicing:

The second term is adding, in effect, a smooth version of the derivative to the EMA to achieve DEMA. The derivative term determines how hot the moving average's response to linear trends will be. We need to simply turn down the volume to achieve our basic building block:

This is algebraically the same as:

I have chosen .7 as my volume factor, but the general formula (which I call "Generalized Dema") is:

where v ranges between 0 and 1. When v=0, GD is just an EMA, and when v=1, GD is DEMA. In between, GD is a cooler DEMA. By using a value for v less than 1 (I like .7), we cure the multiple DEMA overshoot problem, at the cost of accepting some additional phase delay. Now we can run GD through itself multiple times to define a new, smoother moving average T3 that does not overshoot the data:

In filter theory parlance, T3 is a six-pole non-linear Kalman filter. Kalman filters are ones which use the error (in this case (time series - EMA(n)) to correct themselves. In Technical Analysis, these are called Adaptive Moving Averages; they track the time series more aggressively when it is making large moves.

I used Metastock 6.5 to compare 5 moving averages (SMA, ILRS, EMA, DEMA and T3) on the Nasdaq index (NDX) from 7/19/93 to 6/30/97, almost four years of data. I set the interest rate at 4% annualized, and a trading cost of .1% for entry and exit. This is realistic, since I can trade up to 1000 shares through Fidelity Web Express for $14.95, and a typical trade might be 300 shares of a $50 stock.
The system used was very simple. A moving average was computed using each of the five above. A derivative was taken (1 period Rate of Change function, ROC). A long position was entered at bottoms, and closed at tops, of the derivative. No shorts were taken. For example, the code for "enter long" for an EMA was:

I let opt1 vary from 2 to 10. This is a fast system, which executes a lot of trades. The table below summarizes the best results each MA was able to achieve; note that the optimal parameters did not vary widely.

If x stands for the action of running a time series through an EMA, f is our formula for Generalized Dema with 'volume' a:
Running the filter though itself three times is equivalent to cubing f:

are there T3 variants on other types of moving average other than EMA?

#186 by Intrest 1
Why the until now not made t3 averages? Probably, many people will be interested in the indicator with different types of mooving average, smoothed with t3
Banzai
Banzai
Contributor

I google for "T3 RFTL.mq4" and "T3 RSTL.mq4" but can't find them.
Here they are. You can turn the two-toned colors on or off. They're MTF (multi time frame) too.

They all go hand in hand. 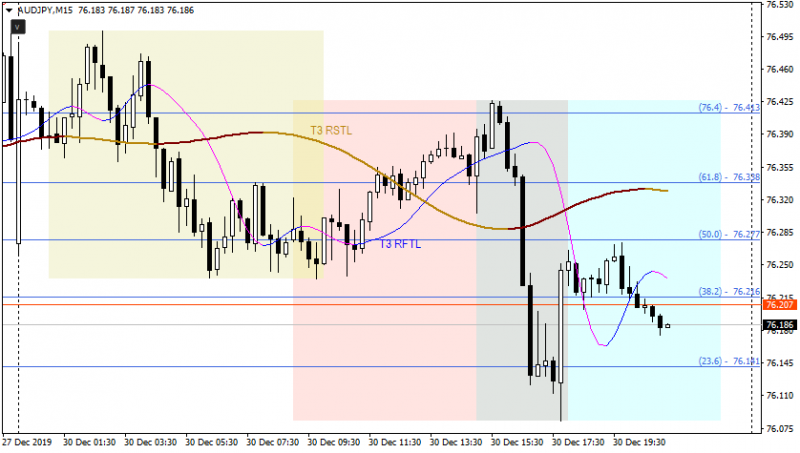 I modified this indicator a little bit to plot T3 and WPR as regular lines or dotted lines.
For dotted lines, you can choose any symbol such as square, triangle, diamond, etc....
If you don't want to plot WPR, then change the color to NONE.

WPR (2) is great to spot Peaks and Valleys. 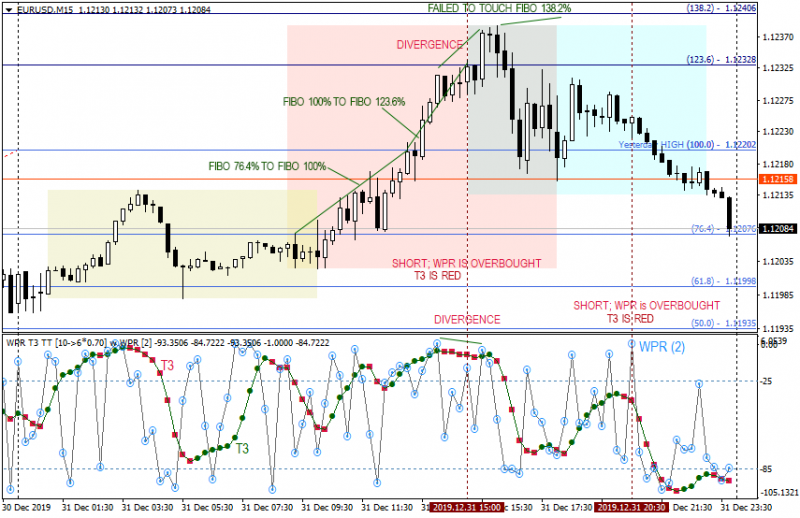 Re: T3 and T3 based indicators

mntiwana wrote: ↑
Thu May 18, 2017 8:40 pm
T3 crosses mtf
The version T3 crosses is mtf - alerts - arrows with option show lines or not - signal on first bar true/false and some more
option to which T3 should be used and usual prices

Hi mntiwana.
I'm trying to find Indicator that suits me and I find T3 is the best for now and less repaint.
Does T3 Crosses built from MAs?
Can I know the combination of the lines with the settings that makes T3 indicator please?
Thanks.
Banzai
Banzai
Contributor

Modified a little bit so we can choose any Wingdings font symbol for arrows.
You can turn arrows on or off.