#1 by ChuChu Rocket
Risk appetite is back. How to trade on June 16?

The main driver of the day is the additional stimulus from Trump. He claimed yesterday that the US administration would pour 1 trillion dollars in infrastructure spending. As a result, the market sentiment has switched to risk-on as now it depends a lot on the future economic recovery.
Another important issue is the successful Brexit meeting. The UK and the EU made a step closer to reach a deal yesterday. The UK PM Boris Johnson believes that prospects for an accord are “very good”. Perhaps trade talks can be over much earlier than the deadline that is scheduled for December. It’s a really good news for GBP.

EUR/USD has been rising rapidly since yesterday. The reason behind is that the US dollar started loosing on the improved market sentiment. The pair has been trading in a range between 1.1170 and 1.1375 for quite a long time. All traders can’t wait for the price to break out or break down those levels. Now it’s headed towards the key resistance level at 1.1375. If it crosses it, it will open doors to the next resistance at 1.145. Otherwise, if the price goes below the support at 1.1310 or 78.6% Fibonacci level, it may fall even deeper to 1.125. 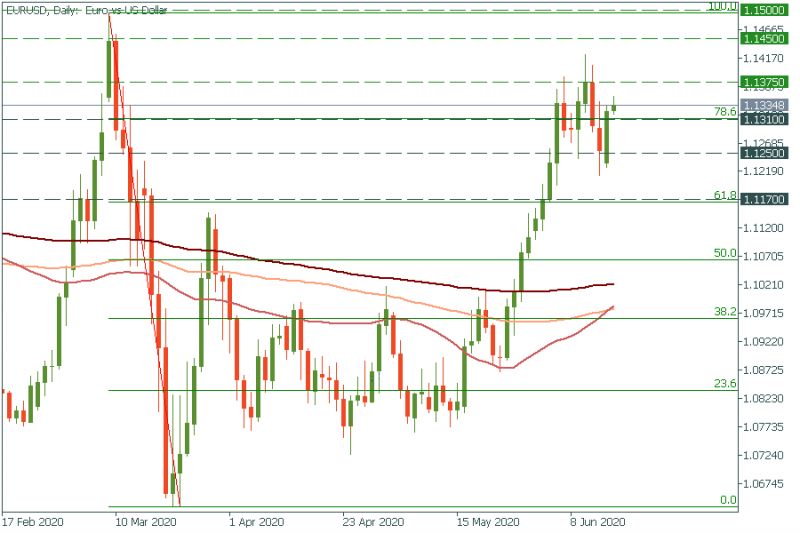 The British pound rose on encouraging Brexit negotiations. GBP/USD is approaching the 200-day moving average at 1.2680. If it manages to break it, it will surge to 1.2750 after that. Support is at 1.2500. 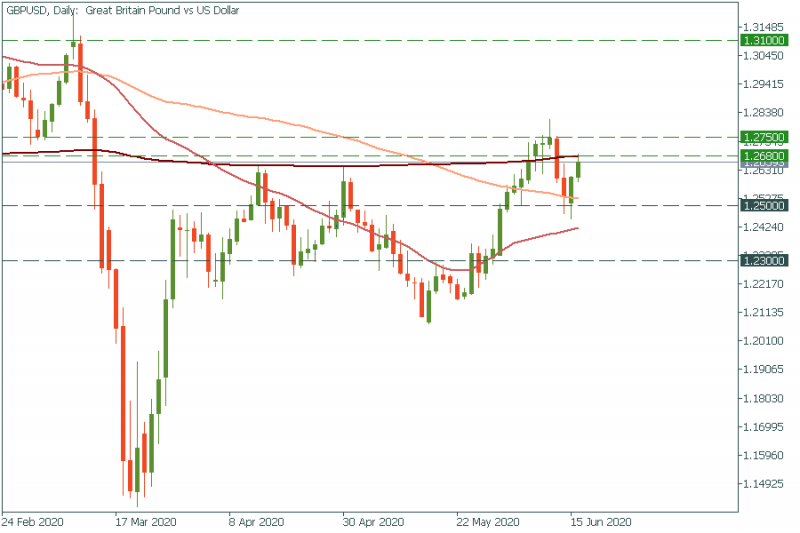 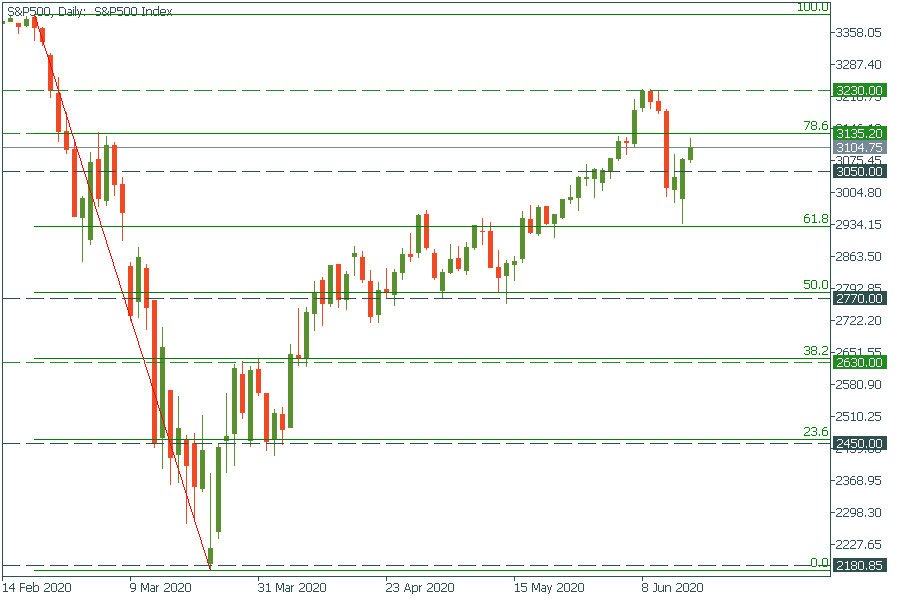 The Brent oil price has almost reached $40 a barrel. It gained on the optimistic market sentiment. The price will meet the next resistance at $42. Support levels are $38 and $34. According to the energy minister of the United Arab Emirates, the oil demand is recovering quite quickly. Moreover, huge OPEC+ output cuts continue, and countries, which cheated before, make extra cuts to state their commitment. However, the rebound of the oil market still hugely hinges on a possible second wave of new infections. 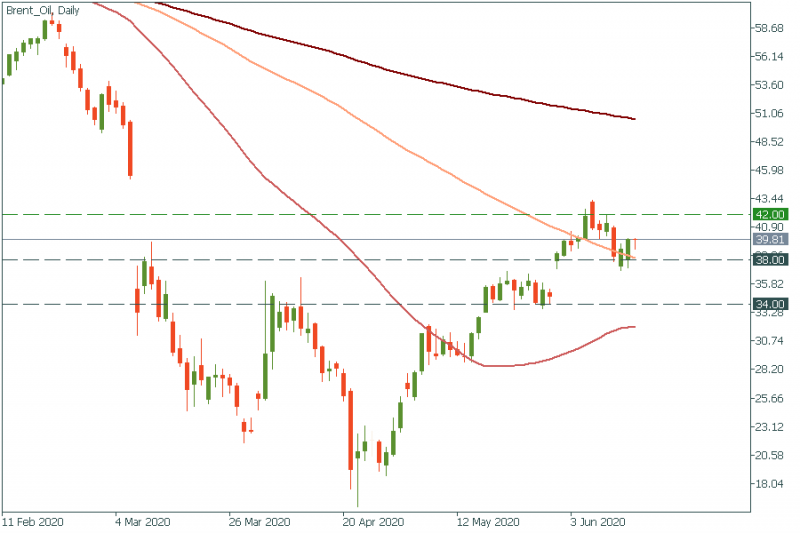 The US retail sales will be released at 15:30 MT time. If the numbers come better than expected, it will underpin the current risk-on market sentiment.
The Fed’s Chairman, Jerome Powell, will make a report to Congress at 17:00 MT time. His speech consists of 2 parts. The first one is the prepared statement. The second one is a question and answer session. Traders are interested more in the last one as Powell doesn’t know questions before and he may unveil some unscripted moments that add the fresh market volatility.