The SHS or H&S is a very strong reversal pattern which can often be found at Elliot Wave 5 or before EW 1 or complex corection movements as shown in the pic below. They can also intertwine and share movements or can build mutants with multiple shoulders. A SHS can also have a double top/bottom head. The pattern is finished when the neckline is broken. Often the market reverses and comes back to this TL before it bounces into an impulse wave. As TP look for strong S/R or Fibonacchi levels like 127.2, 141.4 or 161.8. It doesn't appear very often, but it is a powerful pattern every trader should know.

The double bottom or top is a reversal pattern that can be seen quite often on all pairs and tfs and also can have a third peak. Beware that it often is the result of an established support/resistance and can be retested later and sometimes will be broken. For agressive turning point scalping it is a very helpful confirmation and for breakout trader a starting point.

See the first Double Bottom in the middle of the pic. Some may say it has three peaks (whatever), but it doesn't change the fact that the market shows potential strength already in the first half of the Double Bottom. The long wicks on the right side testing and returning back over and over again makes it clear, the market isn't willing to move further down here - later maybe, but not now. For a PA scalper this is a very strong signal to go long here right at the bottom. There is no better risk\reward possible and your position always weaker than here. It's very easy to locate with your eyes. Naked trader are no wizards, they also cook only with water. 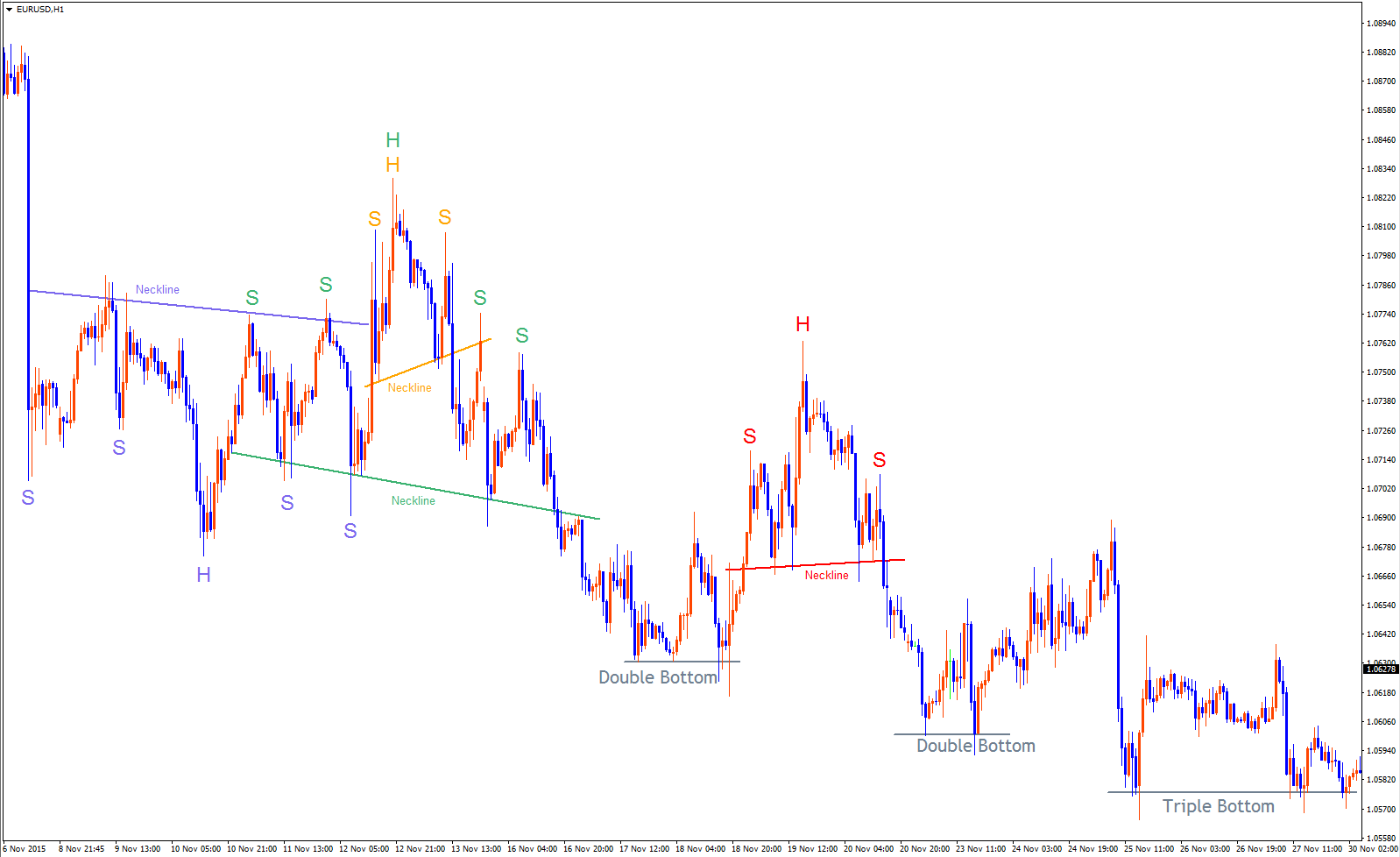 All files in topic
Re: MT4 Indicator requests an…
Hello Mrtools, is it possible to move the arrows closer to indicator line, because when indicator is OS or OB the arrows
mario_lima, Tue May 26, 2020 8:59 am

Excel Live Data
Hey everyone! Been looking for a way to contribute to this wonderful site, but since I don't make indicators I thought
Lumios, Tue May 26, 2020 8:30 am